In January 1994, at the age of 29, Hannes APFOLTERER was appointed conductor of the Austrian historic military orchestra, Original Tiroler Kaiserjägermusik, based in Innsbruck, Tyrol.

The requirement profile of the musicians was very high and anyone who intended to become a member of this orchestra was to complete one year of probation after successfully valuated audition.

The conductor was proud that many outstanding musicians of this orchestra were music teachers, excellent soloists and former military musicians. Some of the musicians acting in the orchestra as instrumental musicians led additionally civilian brass bands as bandmaster.

This orchestra enjoyed highest reputation not only as an Ambassador and Representative of the Image of Austria, but also for keeping Austria’s historic military tradition alive, and by maintaining the Austrian cultural heritage. For Hannes APFOLTERER it was a commitment to preserve, document and pass on Austria's musical uniqueness. This was his very special artistic target and understanding of traditional care.

This wind orchestra was an enrichment of highest level of the active nature of wind orchestras providing great pleasure to connoisseurs of music as well as to all music lovers, not only in acoustics, but also optically, through appearing in their original historic military uniforms.

In Austria, Germany, Italy and Switzerland in brass music-programs on the radio they reported about the “Original Tiroler Kaiserjägermusik”-orchestra and played her music as well as in their own wind music-programs. International radio stations interviewed the conductor such as among others from Brazil, Russia and the USA. Broadcastings and television stations recorded their performances. CDs and a video were produced.

Over the years, Hannes APFOLTERER has made the orchestra one of the best wind orchestras in Europe.

On June 30, 2018, Professor Hannes APFOLTERER not only completed his almost 25 years as the musical director and conductor of the Original Tiroler Kaiserjägermusik, but also said goodbye as a member of the Association.

For the evening of June 30, 2018, Professor Hannes APFOLTERER had invited the Former Governor of Tyrol, Dr. Alois PARTL, Professor Dr. Herbert EBENBICHLER and Professor Dr. Friedrich  WEYERMÜLLER, the active and selected former members and musicians to the Hotel Cafe-Zillertal of the Family UNTERLADSTÄTTER in Strass in the Zillertal. On the one hand to a cozy get-together with a short review of the common successes and special performances and above all, to say goodbye to everyone personally.

The Original Tiroler Kaiserjägermusik took this invitation from Professor Hannes APFOLTERER as an opportunity to officially say goodbye to their long-time conductor. On arrival, in front of the hotel, three marches were played without a conductor, Chairman Eng. Heribert WALDNER spoke a few words that were barely understandable in the open air and handed over the outgoing conductor an envelope with a so-called „Private Law Agreement“:

After that, the Chairman of the Association, Eng. Heribert WALDNER, was already gone as he was expected in Thaur as support at the District Music Festival - as previously announced by e-mail.

At the end of October, Professor Hannes APFOLTERER got a letter of Chairman Eng. Heribert WALDNER with the information that he be named

in accordance with a decision of the extraordinary general meeting of the Association Original Tiroler Kaiserjägermusik. 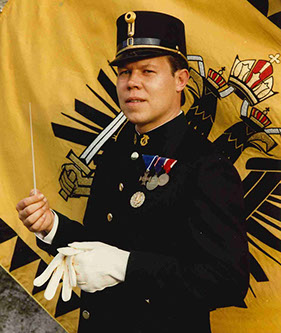 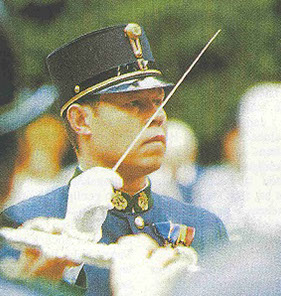 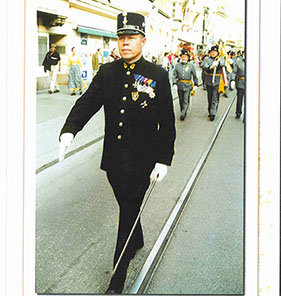 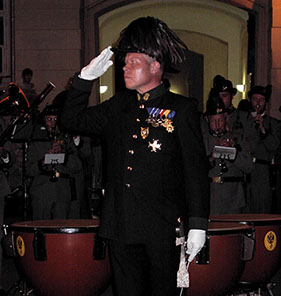 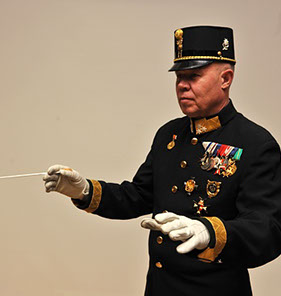 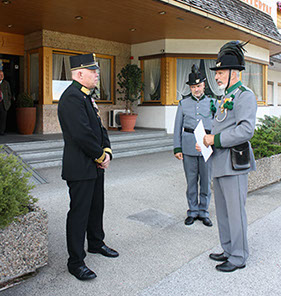