With his numerous compositions, arrangements and transcriptions for LARGE WIND ORCHESTRA  and many compositions and arrangements for BIG BAND (Such as solo pieces, overtures, waltzes, fantasies, polkas, marches, modern light music, various national anthems such as those of the Vatican City “Inno e Marcia Pontificale” and the Olympic anthem), Hannes APFOLTERER has gained an excellent reputation both nationally and also internationally.

Also included are 85 historical military marches of the K.u.K. Army. In order to be able to prepare the works for following CD recordings, first, he had to procure the copies of the original scores mainly from the war archive in Budapest, the army history museum in Vienna and the Viennese national library.

Then he has prepared and edited the extensive sheet music for large wind orchestra and recorded in 5 episodes on CD with the Military Music Band SALZBURG.

Compositions on behalf of the Federal Ministry of Defense for very special occasions are an expression of the high esteem. The world premiere of these works with the composer, often as the conductor of a major military orchestra with around 400 military musicians, makes such events extraordinary experiences.

Some examples of comissioned compositions:

Edelweiß-Marsch, Traditional March of the Austrian mountain troops, composed at the suggestion of the Corps Commander of the II. Corps Engelbert LAGLER. Score handover to General Troop Inspector, General Karl MAJCEN in Salzburg.

Score handover to the Commander International Operations, Brigadier Günter HÖFLER  in the Wallenstein-barracks in Götzendorf

Schutz und Hilfe, Marsch, for the 50th anniversary of the Austrian Armed Forces.

Alouette-Marsch – on the occasion of 40 years oft he Alouette Squadron in Austria, handover of the composition at the Fliegerwerft Aigen

His compositions for national and international personalities of ecclesiastical and political, military, economic and private side as well as for institutions and companies are highly appreciated.

At compositions from the area of the symphony orchestra, partly in addition with country-related instruments and at non-orchestral works, Hannes APFOLTERER lays special emphasis on the fact that these pieces of music are transcribed as original as possible with regard to the sound or the original scores.

Fantasy by a day

“Cortége” from the opera “Mlada”

“Flight of the bumblebee”

From the oratorio “Axion Esti”

The force of destiny - Overture

“Spring dance” from “The bartered bride”

(From the New World)

he has written of excerpts from operas, operettas and musicals for Large Wind Orchestra, solo singers and choir as well as music by Frank Sinatra, James Last, Wolfgang Ambros, Reinhard Fendrich, and many more as well as for Big Band and Jazz.

All of these listed transcriptions and arrangement but also his compositions, are to be described as special arrangements, since they were usually set up for specific orchestras.

End of October 2016, Hannes APFOLTERER received from star trumpeter Vladislav LAVRIK along-side heartfelt words such as "It was a great pleasure to perform this piece of music at the festival. Thank you for this great composition" the request, whether there is an arrangement for symphony orchestra of this beautiful "Alpine Melody". At that time there was none, but soon afterwards.

In January 2017, Colonel Sergej DURIGYN, Head of the Central Orchestra of the Russian Ministry of Defense in the Russian Federation, was conductor of a gala concert with the Symphony Orchestra "Nawaja Rossija" in the State Muscovite Peter I Tchaikovsky Conservatory.

At this concert the arrangement for string orchestra of the "Alpine Melody", written by Hannes APFOLTERER, was performed with Vladislav LAVRIK as the soloist on the trumpet.

In December 2020, the international well-known trumpeter and conductor Vladislav LAVRIK again contacted Hannes APFOLTERER with the question, if there is an arrangement for organ or piano of the "Alpine Melody", which he played so often and with such pleasure in concerts.

At the moment there was none, but already the next day the sheet music for organ and trumpet was sent to Vladimir LAVRIK, who performed it the day after next at his concert in Perm in the foothills of the Urals, the easternmost city in Europe with a million of inhabitants.

At the organ, the Osaka-born, internationally highly successful Japanese artist was Hiroko INOUE. She studied at Kyoto University, among others, graduated from the Moscow State Conservatory and is a member of the Japanese Ministry of Culture as well as a laureate of international competitions. 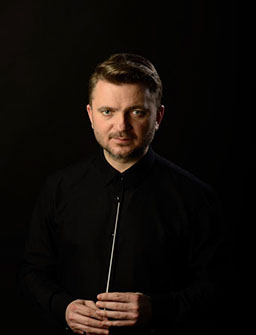 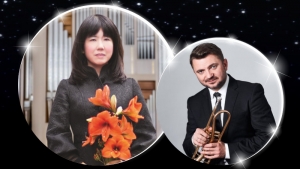 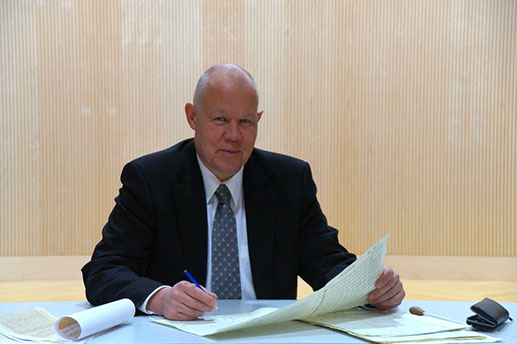